First of all, a place in California that claims the best Lobster Roll in the US (Via the Today Show) sits somewhere between extreme comedy and blasphemy.  There are plenty of best-sandwiches lists on the intertubes, and I would probably not rank the Today Show as my first source for this information.  I think without a doubt, the best sandwiches I've ever had are often not on any of the lists (Though I have seen the Salumi Porchetta on a few lists).  That being said, this is not a restaurant that is resting on their laurels.
Sam's Chowder House is a standard coastal sit down with great views of the ocean and plenty of outdoor seating.  Their specialty is seafood, but there's something here for everyone.
The appetizers were strong and while not the best I've had, certainly very enjoyable.  We had the Calamari and the Tuna Carpaccio.  Each had good flavor, though I would have preferred a little lighter hand on the sauce on the tuna.
The bread was great.  Smokin hot and chewy.  Perfect bread for a seafood place.  Perfect for sopping up sauce, if it lasts that long.
My beet salad was very good. Great flavor, good to look at, and well dressed. 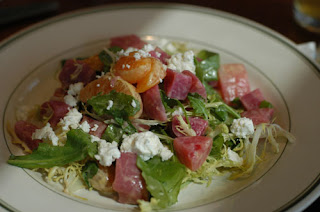 The drink selection was your average bar fare.  There were a couple of beers that were a little off the beaten path, but these were the exception.  With so many places not seeing the need to carry Bud and Miller, I would have liked to have seen a little more adventure here.
Overall, everyone was very happy with the entrees.  Some of the ones ordered at our table included:  The dungeness crab,  blackened shrimp salad, halibut, and cioppino. 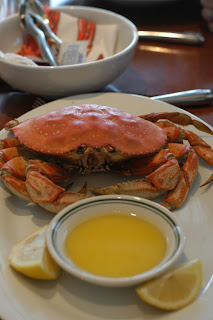 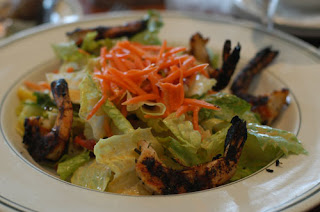 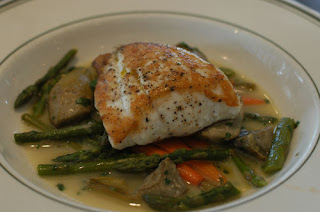 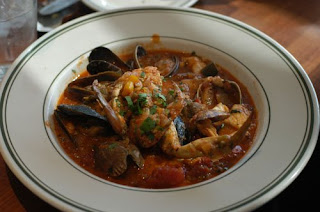 Presentation across the board was very strong for this kind of place.  Every dish went away quite thoroughly cleaned with everyone claiming satisfaction.
Next came desert.  Despite everyone claiming to being full, numerous deserts arrived at our table.  The desert menu, again, offered options all around.  By far the standout was the ice cream sandwich. 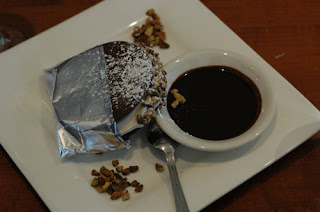 Another desert ordered was the Coconut Rice Pudding.  It was a little light on the coconut, but still enjoyable. 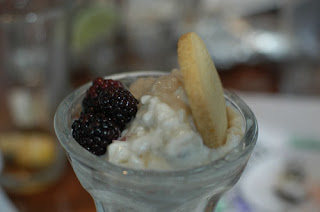 Overall the service was strong and the food was enjoyable.  I don't think that this place will blow your mind, but it's a strong restaurant with good food and good staff.
Posted by Consumer at 8:24 AM